Fiber to the Home 2021
West Enning

Our fiber network will be expanded throughout areas of West Enning and Maurine. 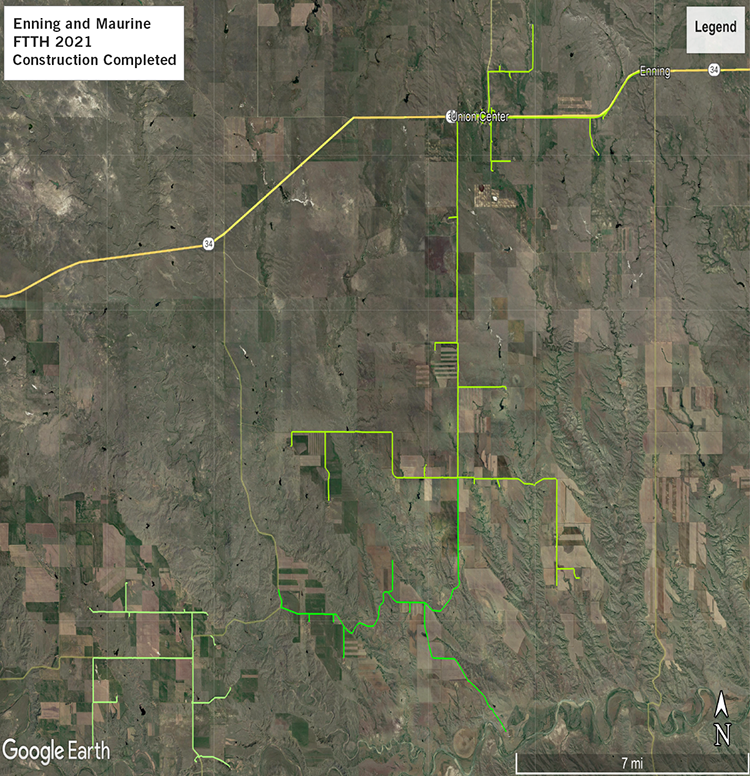 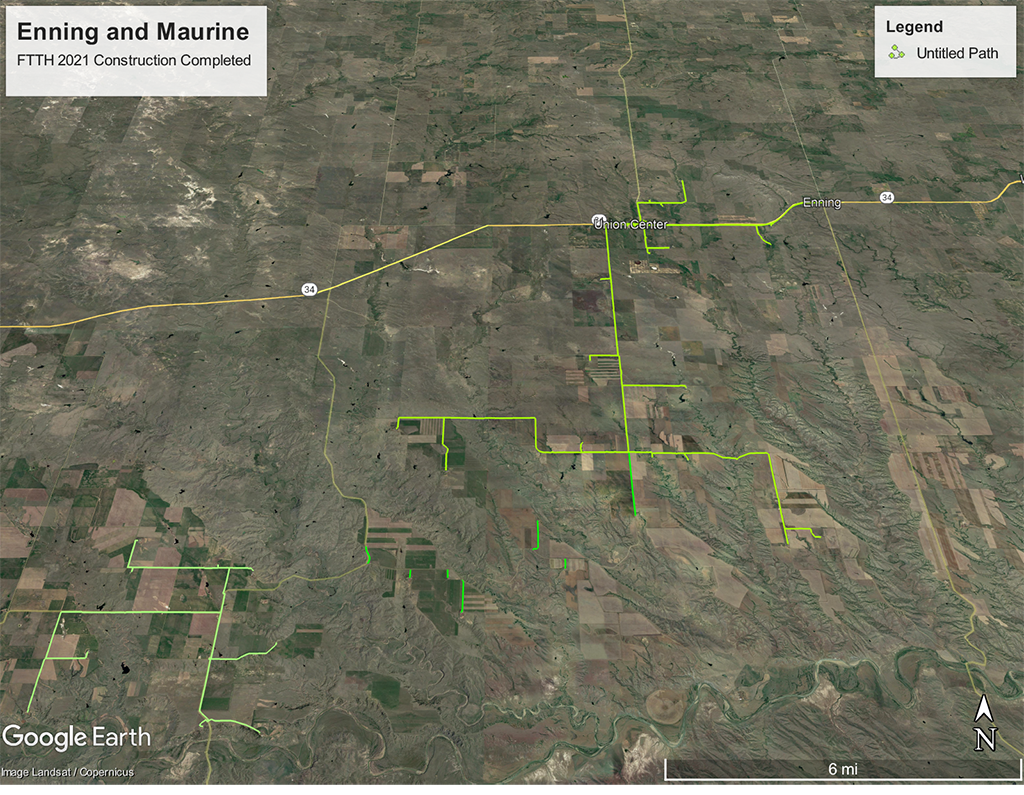 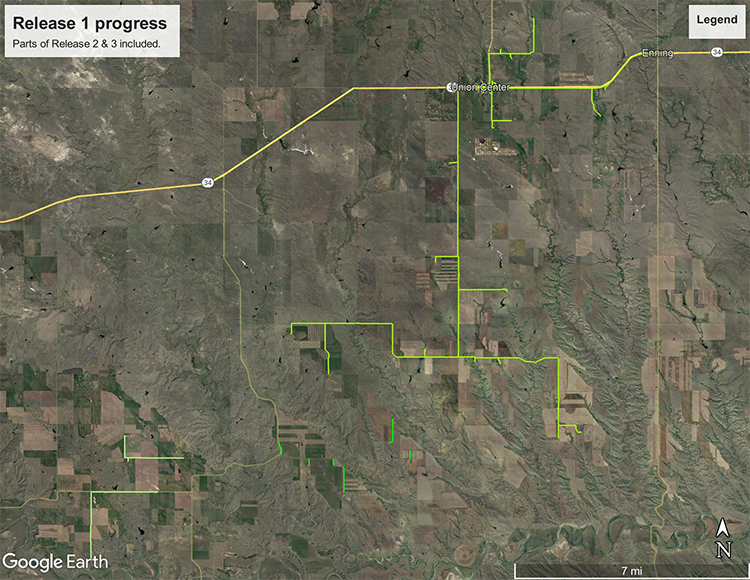 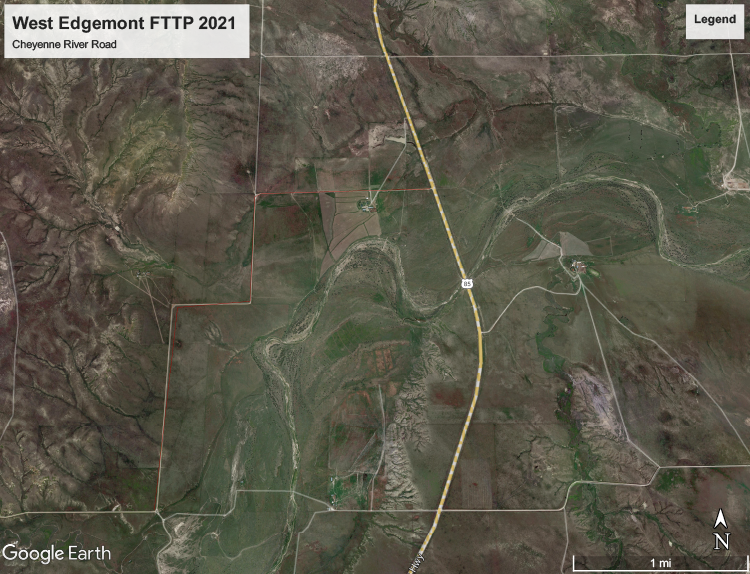 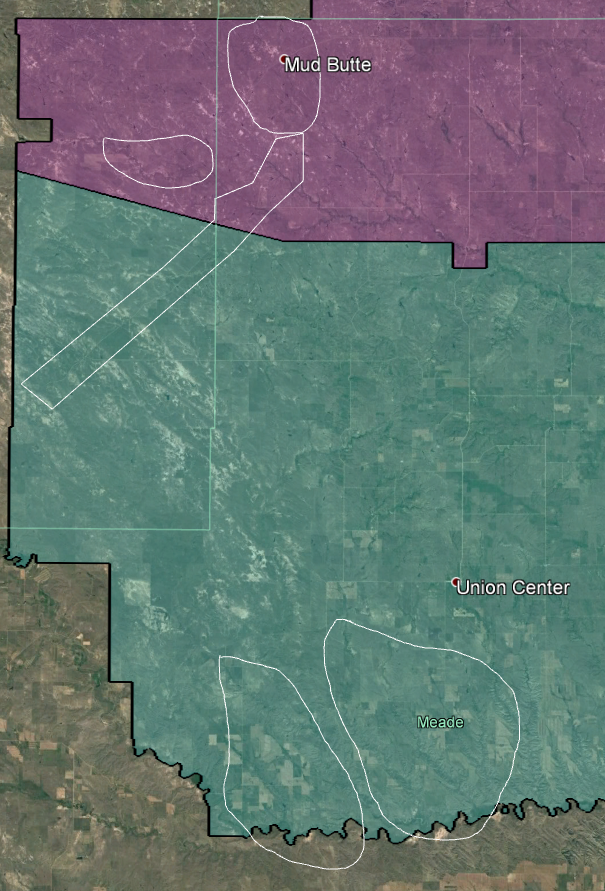 Please contact Golden West with any questions, concerns or comments by calling 1-855-888-7777 and asking for the Engineering Department or Email info@goldenwest.com.