As a cooperative, Golden West strives to put the best interests of our members first. With that in mind, about half of our customers will now be billed on the 10th of each month, instead of the 1st. Their bills will cover regular monthly service charges that occur between the 10th of the current month through the 9th of the following month. This billing cycle change does not affect the overall cost of Golden West services.

Am I Being Moved?

The change is being made to help us serve member needs more effectively. Golden West receives a higher number of calls or inquiries at the beginning of each month. Separating members into two bill cycles will ease call congestion and reduce hold times.

To transition to the new cycle date, members moving to the new cycle will receive two bills in October. The first will be the normal bill, which arrived in homes on or about October 1, with a due date of October 20. A second bill will arrive on or about October 10. This second bill covers an additional nine days of service (November 1-9), effectively transitioning customers to the new bill cycle.

This two-bill schedule will only occur in October 2018.

As a result of the short time period between the two October bills, the second bill will likely include carryover charges from the October 1st bill. This charge will be listed as a Past Due Balance.

The Total Current Charges portion of the second bill extends service the additional nine days and should be smaller than a standard bill. The Total Amount Due on the second bill includes both the Past Due Balance and the Total Current Charges combined. An insert included with the bill details this as well as the credit adjustments applied to the bill.

As long as customers pay the Total Amount Due listed on the second bill by November 1st, no late charges will apply.

One Bill in November

In November, you will start receiving a single, standard bill on or around the 10th of each month. Your bills will cover service from the 10th of the current month to the 9th of the following month.

Billing Calendar Overview (for customers moving to the new cycle ):

We understand adjustments need to be made to accommodate the new bill dates, so Golden West will waive late fees on the October 10 bill. Regular late fee rules will be in effect for the November bill.

Thanks for Your Understanding & Cooperation!

Golden West is genuinely grateful for your understanding and cooperation during this effort to improve member service. If you would like to visit further about this change, please call our Member Services Department at 1-855-888-7777. Additional information on our billing policies and procedures can be found here. 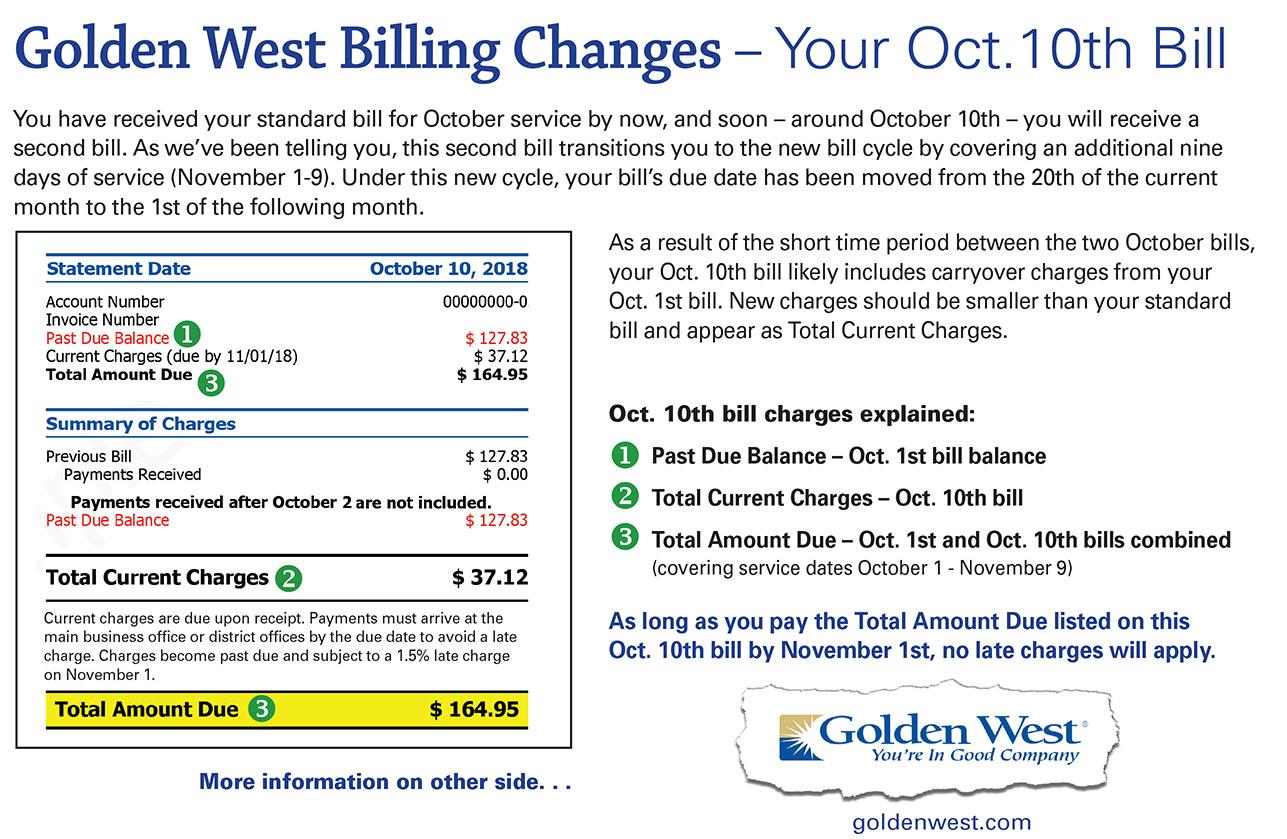 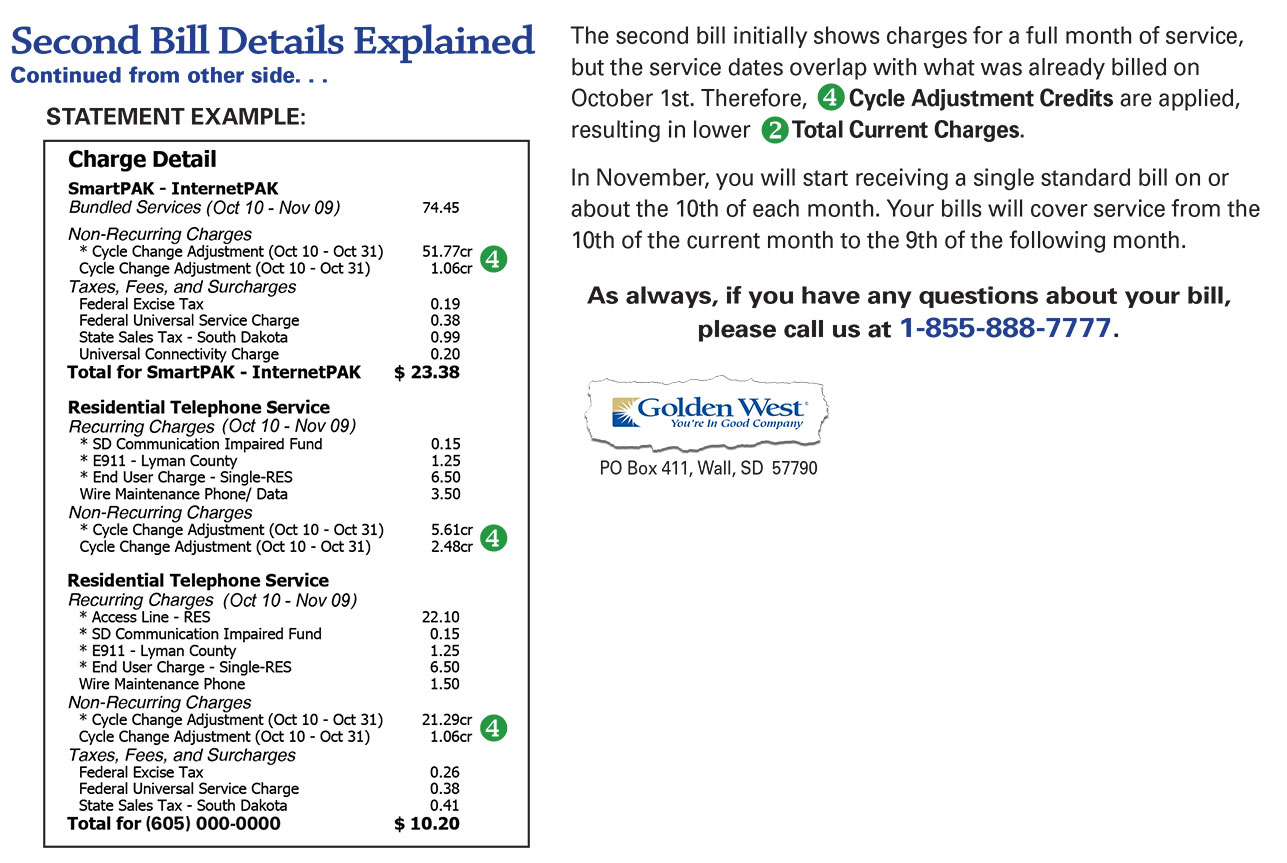